A Timeline of Contracts That Changed History: From the Magna Carta to the Louisiana Purchase

In world history, contracts have transferred control over huge swaths of land, freed populations, brought peace, and disintegrated into war.

Ironclad compiled a list of 10 contracts that have had a significant impact and influence on the world using museum research, historical accounts, news reports, and educational resources.The Egyptian–Hittite peace treaty, from around 1259 B.C., is the first known peace treaty. It ended centuries of war in the Middle East between the Egyptians and the Hittite Empire in what is now Syria—a land still ravaged by conflict. An attempt centuries later to bring peace to the Middle East won its signatories the honor of the Nobel Peace Prize, yet one of them was assassinated just three years later.

Contracts comprising property deals have continued to move, create, and help destroy nations. The purchase of the Louisiana Territory allowed the burgeoning United States to extend its march westward. Contracts the nation held with the continent’s Indigenous people were broken when those people stood in the way of its expansion.

Other contracts have survived the test of time, from the Magna Carta as far back as the 13th century to the Universal Declaration of Human Rights in the 20th century. Today, world nations have put their faith in a sweeping agreement to help save the planet from the destruction of global warming.

Keep reading to learn more about contracts that changed history. 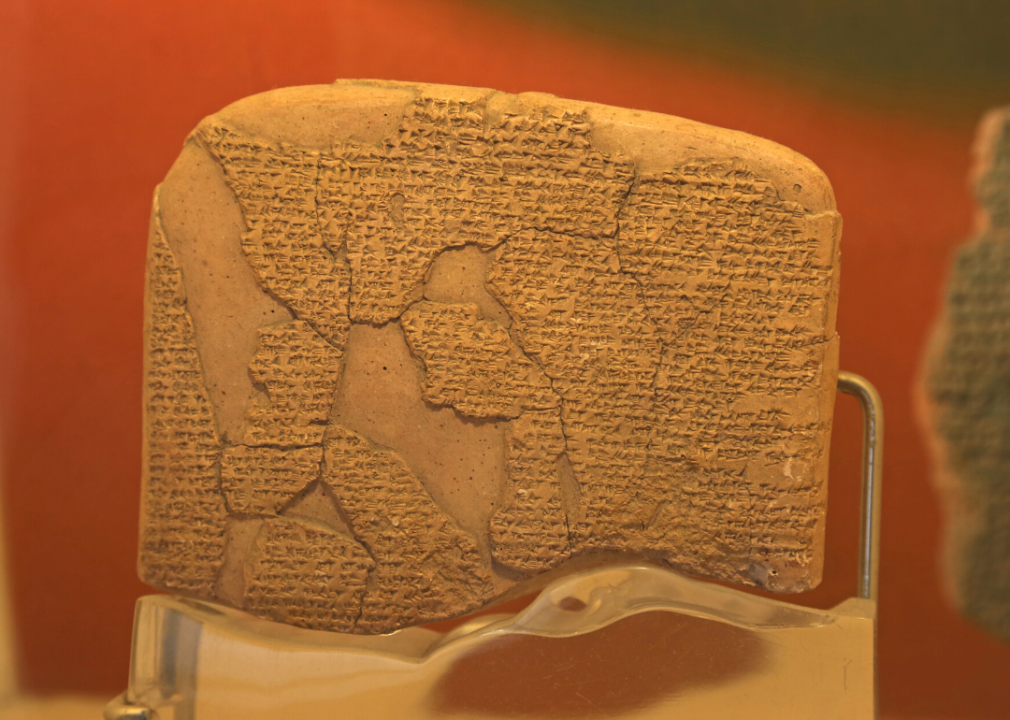 The earliest peace treaty still in existence, the Egyptian–Hittite Peace Treaty of 1259 B.C., brought an end to centuries of conflict between the Egyptians and the Hittite Empire along the eastern Mediterranean. It took 15 years from the one-day Battle of Kadesh—fought in present-day Syria with as many as 6,000 chariots—to reach an agreement on the treaty. The agreement established boundaries and ended hostilities, and pledged that whoever violated the terms would be cursed and their house, land, and servants destroyed. Clay tablet versions of the treaty survive today, and a copy of the treaty is displayed at the United Nations as well.

In today’s world, technology has changed the way contracts are drafted, shared, and stored but these documents remain as crucial as ever. It’s important that your in-house team has the right tools to make  contract management as easy as possible. 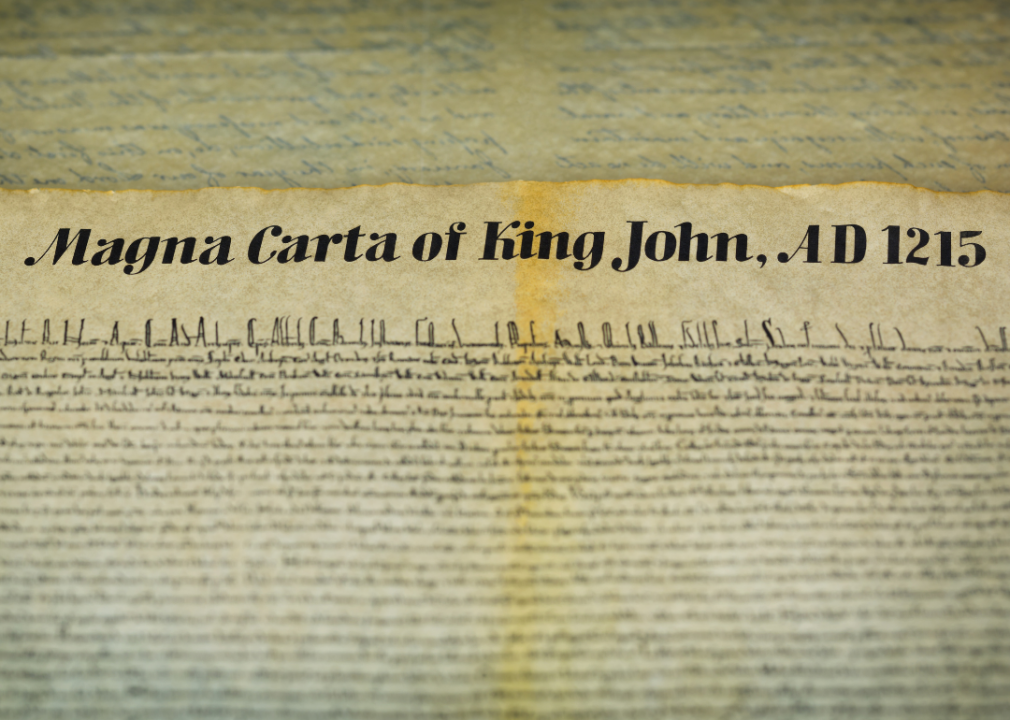 The Magna Carta marked the first-ever English document to control the power of kings and outlined a government that functioned with the public’s consent.

Concluding a civil war in 1215, the agreement was struck between Britain’s King John and barons who wanted to curtail the monarchy’s power. Rights were reserved for so-called free men and did not extend to serfs. The document came to symbolize justice and liberty and its concepts formed the basis of America’s Declaration of Independence. The Magna Carta has been cited by a wide array of democratic movements and influential leaders including Winston Churchill and Nelson Mandela. 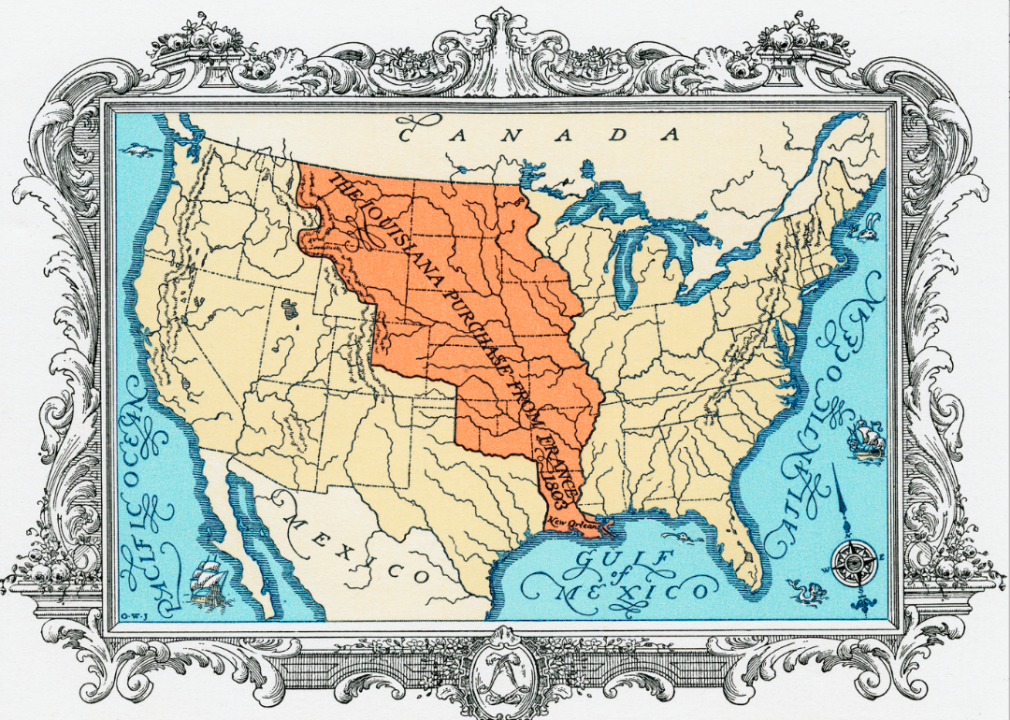 With the Louisiana Purchase, the United States paid $15 million to France to buy some 827,000 square miles of territory west of the Mississippi River. The acquisition was critical to the nation’s westward expansion. An earlier deal with Spain, the Pinckney treaty signed in 1795, had given America navigation rights on the Mississippi. The Louisiana territory stretched from the Gulf of Mexico to Canada and west to the Rocky Mountains, encompassing what is today part or all of 15 U.S. states. 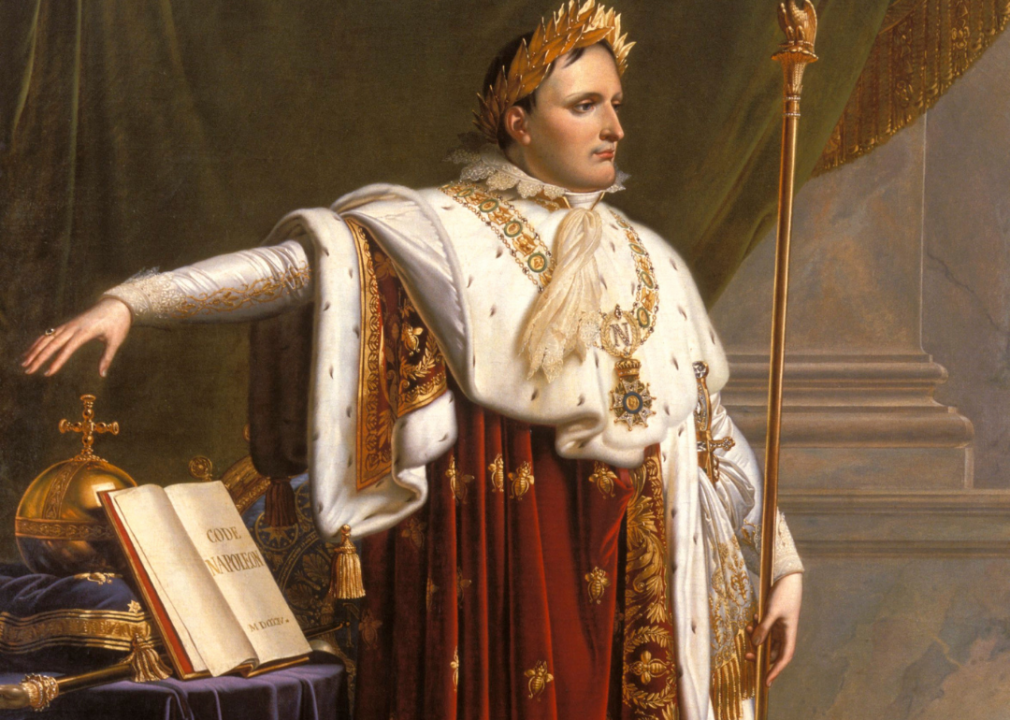 The Napoleonic Code of 1804 was significant for creating  France’s law uniform, replacing a system of local customs and privileges, and recognizing the principles of liberty and of equality in the eyes of the law. Under the code, laws became  written, accessible, and clear. It was influential in shaping political reforms across Europe, where feudalism and the subjugation of the populace into serfdom was ending. Countries in Europe that were occupied by France during the Napoleonic Wars adopted the civil law code, and it has been melded with Islamic law in the Middle East. 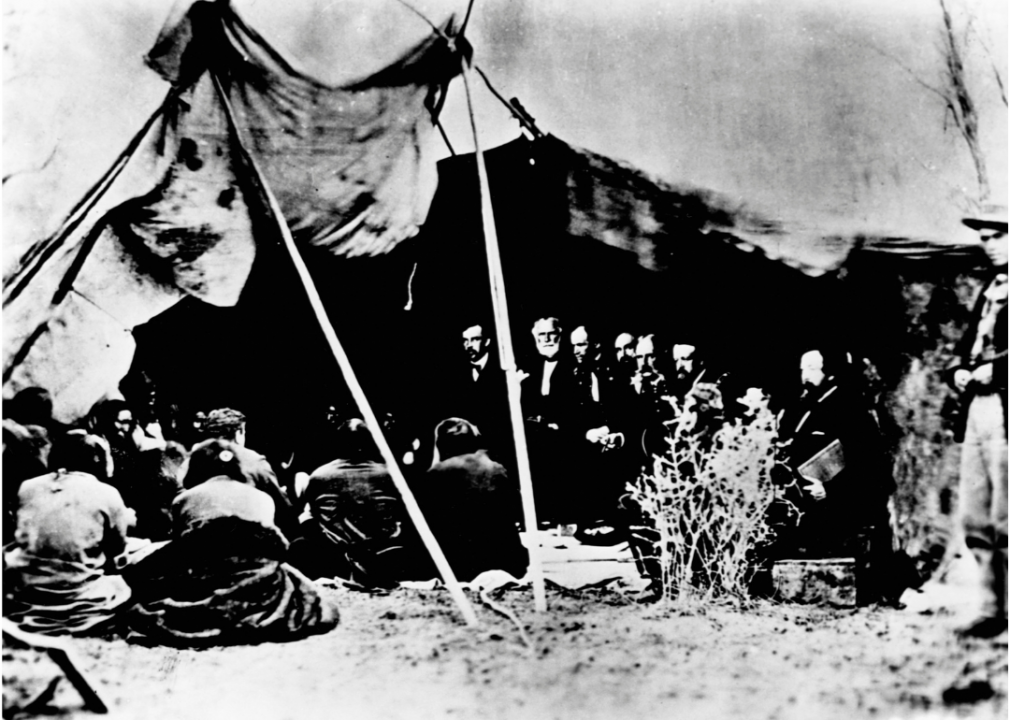 The Fort Laramie Treaty was one of the most significant of the agreements drawn up and broken by the United States with Native Americans. The U.S. government signed the pact with the Arapaho tribe and with the Dakota, Lakota, and Nakota tribes also known as Sioux.

Under the treaty, the Great Sioux Reservation was created west of the Missouri River and the region’s Black Hills were designated for tribal use. But with the discovery of gold in the Black Hills, the United States broke the agreement and moved the tribes to smaller lands. A 1980 ruling by the Supreme Court found the U.S. government’s actions were illegal. The Sioux Nation declined a reparations offer of more than $100 million on grounds that the territory had not been for sale. 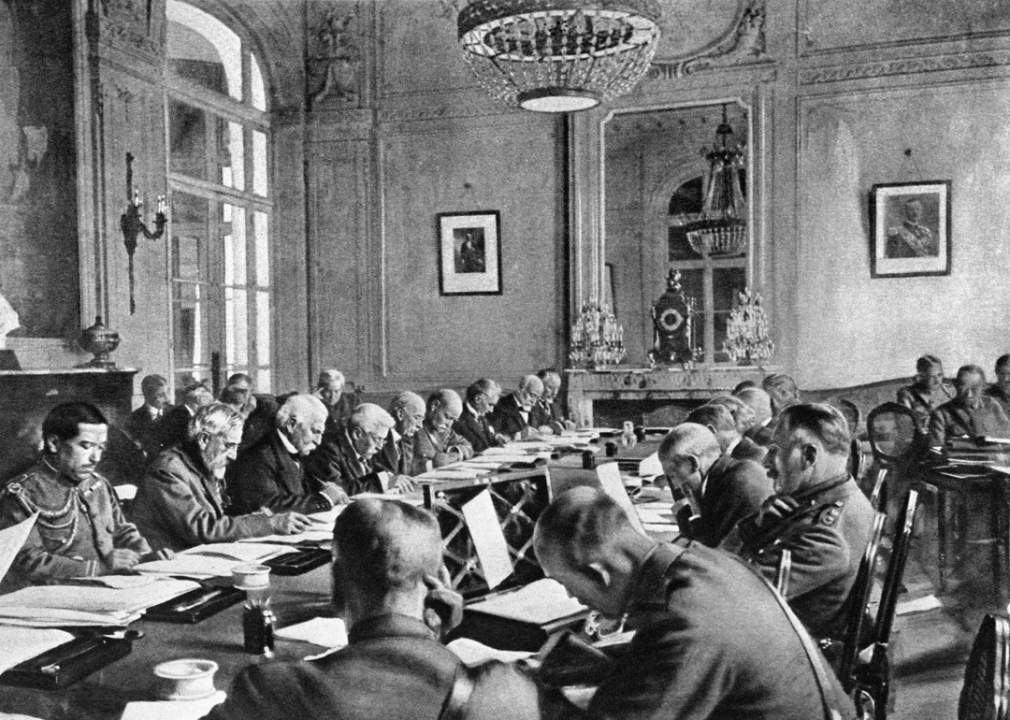 The Good Friday Agreement, also called the Belfast Agreement, was a major effort to end the violent Troubles in Northern Ireland between Loyalists (also called Unionists), comprised mostly of Protestants who wanted to remain part of the United Kingdom, and Republicans (also called Nationalists), made of mostly Catholics who wanted to be independent and join the Republic of Ireland. Armed groups on both sides claimed responsibility for multiple deaths and bombings, particularly in the 1970s, ’80s, and ’90s. 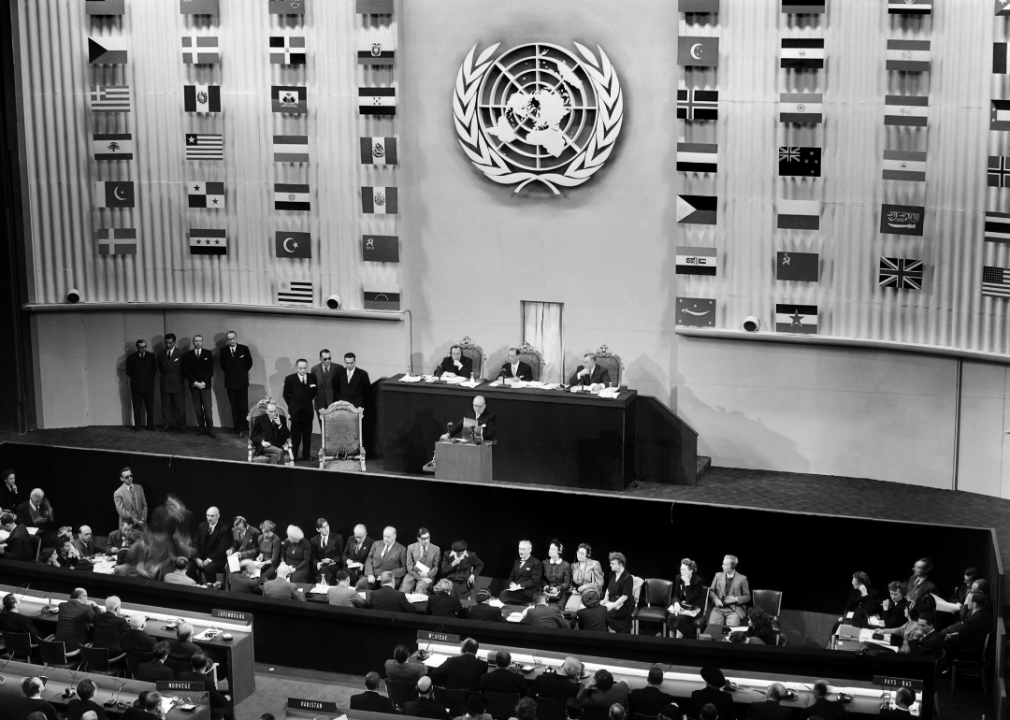 The signing of the Universal Declaration of Human Rights was intended to prevent a recurrence of the horrors and atrocities that occurred in World War II. Adopted by members of the United Nations in December 1948, it marked the first time the world’s nations agreed together to protect human rights, freedom, equality, and dignity. Championing its drafting was former U.S. first lady Eleanor Roosevelt. The UDHR lists 30 rights and freedoms including the right to free speech, the right to asylum, the right to freedom from torture, the right to be a citizen, and the right to be considered innocent until proven guilty. 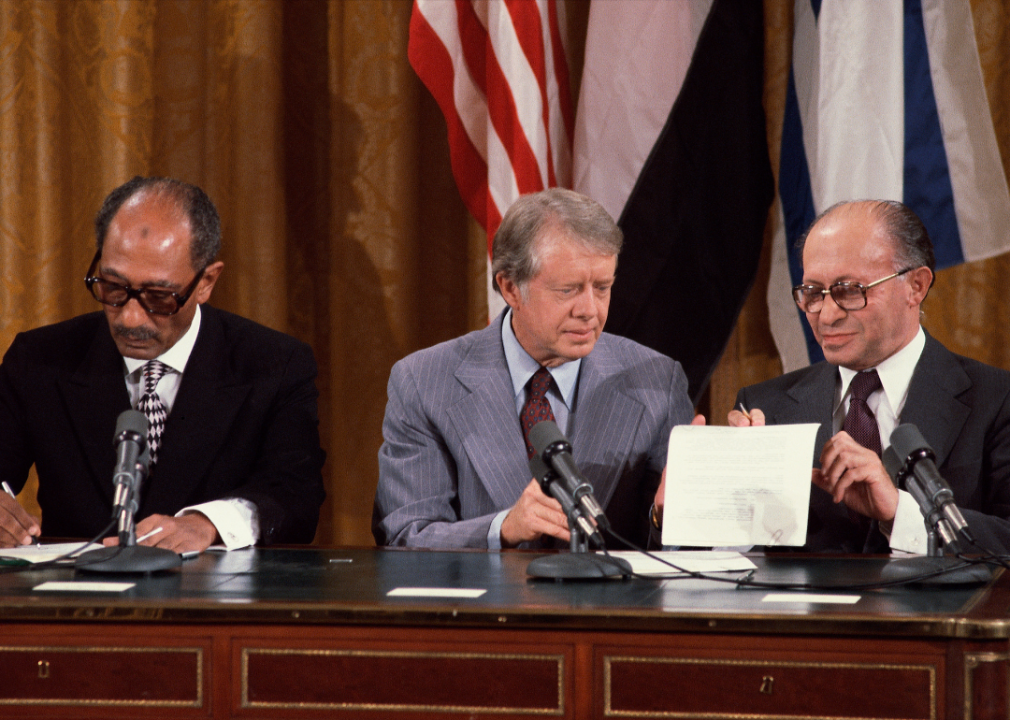 Seeking to quell conflict between Jews and Arabs in the Middle East from the Jordan River to the Mediterranean Sea, the Camp David Accords were the result of secret negotiations brokered by the United States. Signed by Egyptian President Anwar Sadat and Israeli Prime Minister Menachem Begin, it was the first peace deal to be reached between Israel and a neighbor.

The two leaders shared the Nobel Peace Prize in 1978 for negotiating the agreement. Sadat was assassinated in 1981 by Islamic extremists, angry in part over his involvement with the landmark pact. 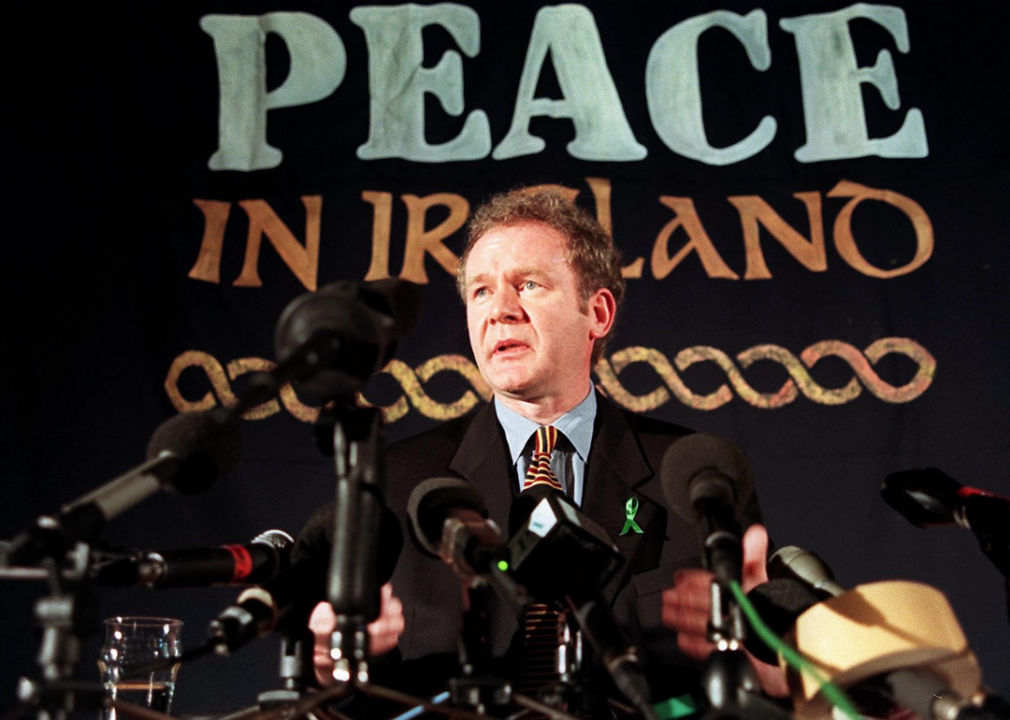 The Good Friday Agreement, also called the Belfast Agreement, was a major effort to end the violent Troubles in Northern Ireland between Loyalists or Unionists, mostly Protestants who wanted to remain part of the United Kingdom, and Republicans or Nationalists, mostly Catholics who wanted to be independent and join the Republic of Ireland. Armed groups on both sides claimed responsibility for multiple deaths and bombings, particularly in the 1970s, ’80s and ’90s.

The Good Friday Agreement established a new power-sharing government—the Northern Ireland Assembly—that assumed several responsibilities from the U.K., a process called devolution. Both Northern Ireland and the Republic of Ireland voters approved the agreement in a referendum the same year. The arrangement collapsed in 2017. 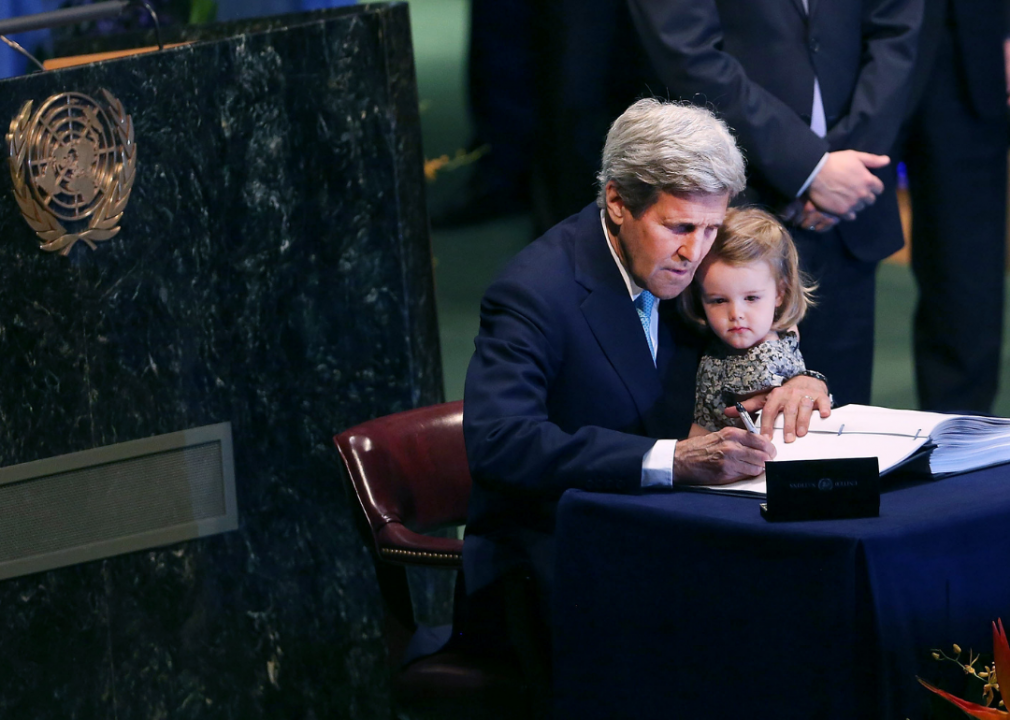 To combat global warming, almost 200 of the world’s nations agreed in Paris in 2015 to a deal aimed at stemming greenhouse gas emissions. The ambitious goal was to keep the average global temperature rise below 2 degrees Celsius—1.5 C if possible—above pre-industrial times.

In 2017, President Donald Trump said the United States would not be part of the agreement, claiming it put the nation at a global economic disadvantage. President Joe Biden formally started the process of returning the United States to the agreement on his first day in office in 2021. A report published by the United Nations in September 2021 said the planet is swiftly heading to warming 2.7 C above pre-industrial levels, which the global organization called “catastrophic.”

Contracts still define our world in many ways, from the governments we elect to the homes we live in. Their value in binding parties to their word encourages accountability and offers an avenue for retribution when the contract is breached. Whether for privacy permissions, sales, business agreements, employment, or equal treatment, contracts continue to shape our history and help define our future.